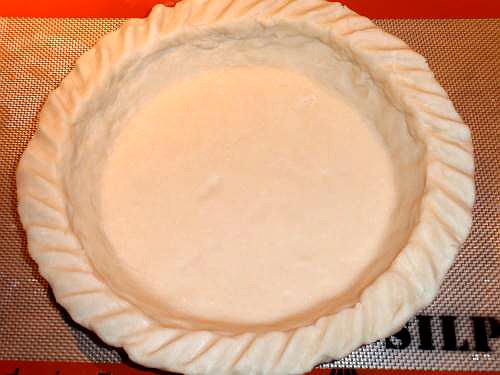 I think you'll agree that this is an absolutely wonderful pie crust recipe. It uses lard which makes for the best flaky pie crust but if you don't have any lard, you can use vegetable shortening.


Here's what you are going to need: 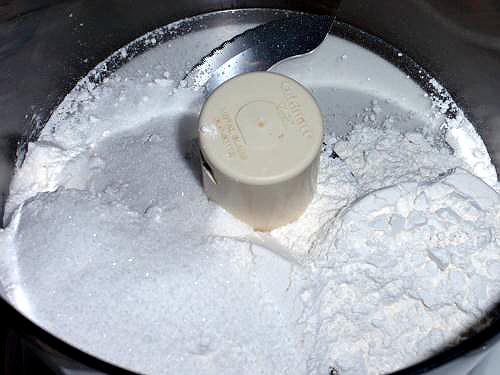 Place the flour, salt and sugar in the bowl of a food processor or in a large mixing bowl if mixing by hand. 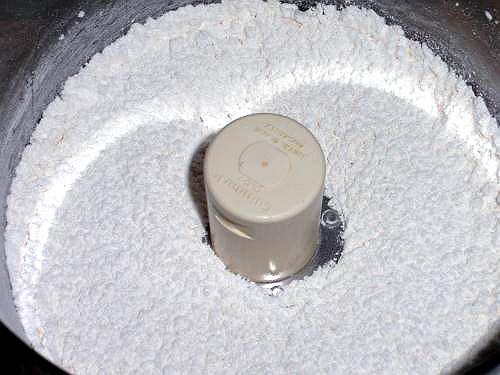 In a large bowl, mix together the flour, sugar and salt. I pulsed mine in a food processor but you can mix it by hand. 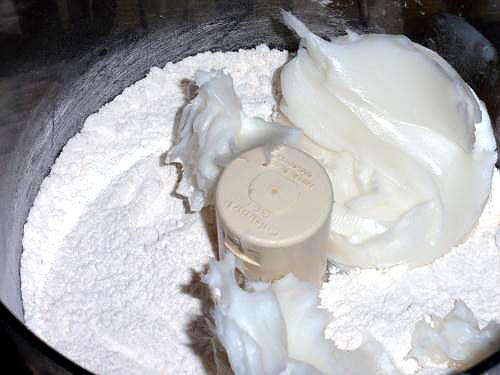 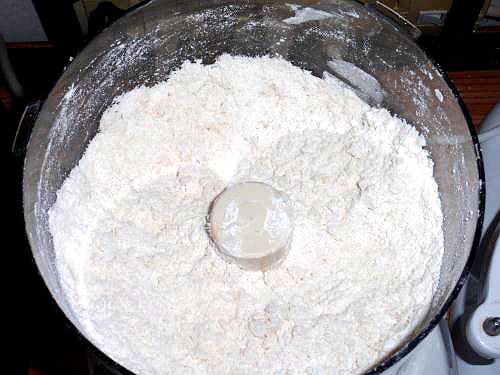 Pulse several times if you are using a food processor, if mixing by hand, use a pastry blender, a fork or two butter knives to cut in the lard until it resembles coarse crumbs. 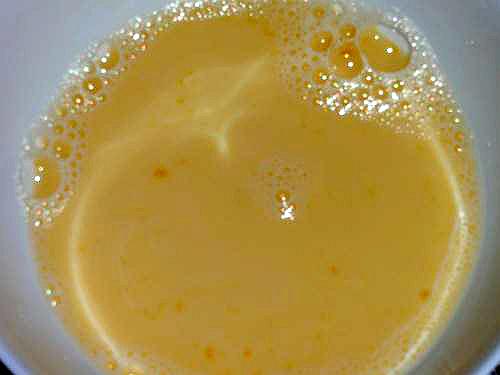 Whisk together the egg, vinegar and 4 Tablespoons of the Cold water. 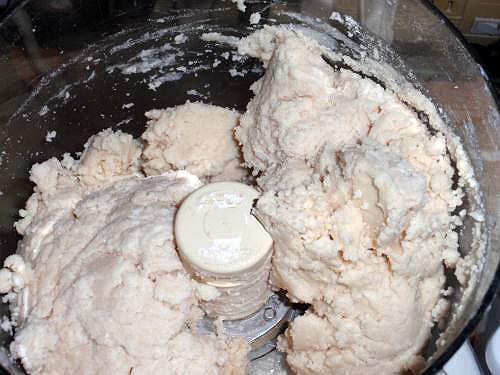 Add to the flour mixture. Pulse several times or mix with a fork until the mixture begins to come together in a ball. You may need to add another Tablespoon of cold water. Wrap the dough in plastic wrap and refrigerate about 30 minutes before rolling out. 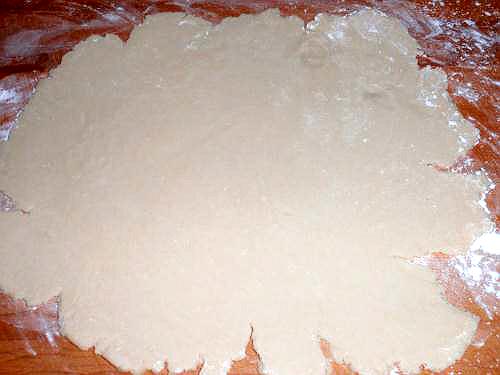 Divide the dough in half. Place on a floured surface and form into a ball. Flour your rolling pin and roll it out into a circle that is about 1” bigger than your pie plate. 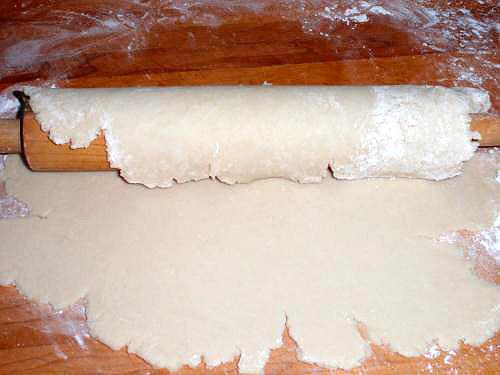 Carefully roll the dough onto the rolling pin. 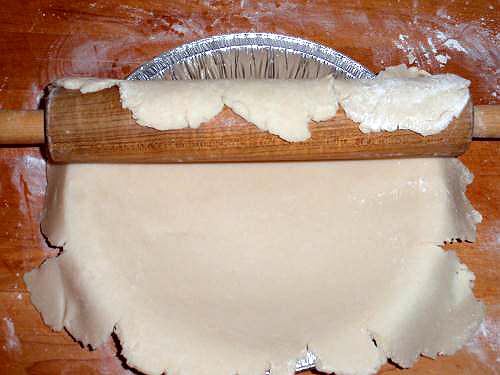 Unroll onto the pie pan. 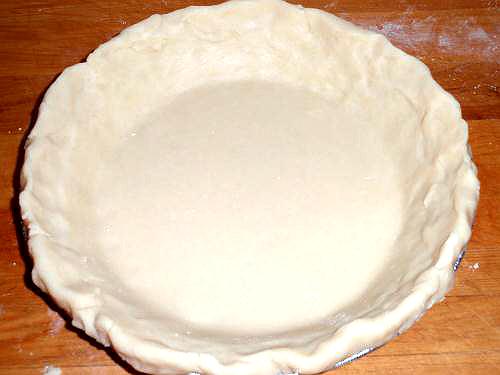 You can either fold the edges under or trim to fit the pan depending upon how thick you like your crust. At this point, follow your recipe. It may call for you to pre-bake the crust, partially bake the crust, fill and chill or fill and add a top crust. 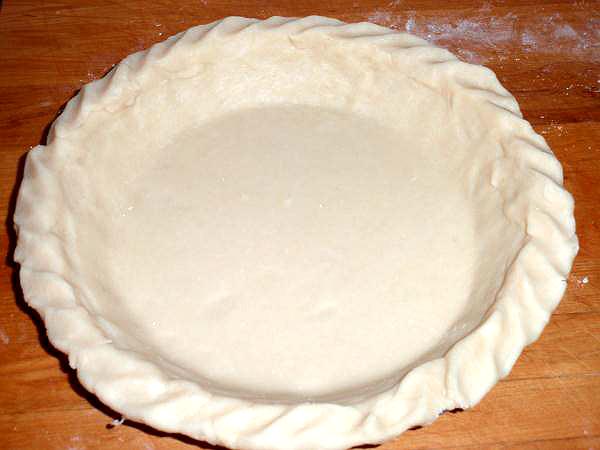 This is just one of many edges you can make for your crust. This one is called a “rope” edge. It's made by pressing your finger on an angle all the way around the edge of the pie. If you are trying to learn how to make a pie crust, this is the recipe for you! It is a wonderfully, flaky pie crust recipe that is absolutely delicious! Return To Great Dessert Recipes from Flaky Pie Crust Recipe Return To Mamas Southern Cooking Homepage from the Best Pie Crust