This recipe for Cinnamon Rolls is great for a special occasion or just a special treat.

These cinnamon rolls make take a little effort but once you taste them, you won't regret the time that it took to make them! They make a great gift. 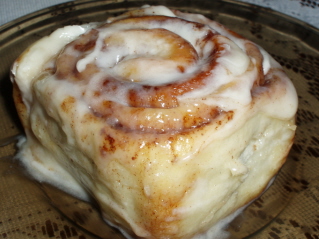 Here’s what you’re going to need:

Here’s what you need to do: 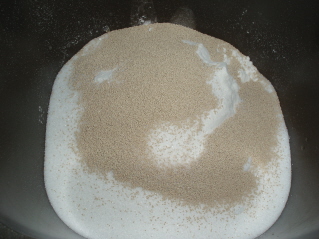 If you are using a bread machine, follow the manufacturers directions for the order to add the dough ingredients. Turn the machine on the dough cycle.

If you are not using a machine, dissolve the yeast in the warm milk mixed with the sugar in a large bowl. Let sit for 10 minutes until the mixture becomes foamy. Add the margarine, salt, and eggs. Add the flour and mix well. On a lightly floured surface, knead the dough for about 5 to 10 minutes. Put in a bowl, cover and let rise in a warm place about 1 hour, or until doubled in size. 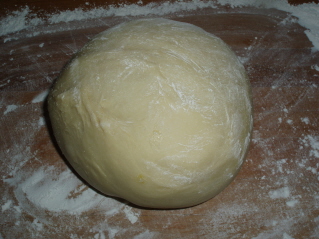 Turn the dough out onto a lightly floured surface, cover and let the dough rest for about 10 minutes. 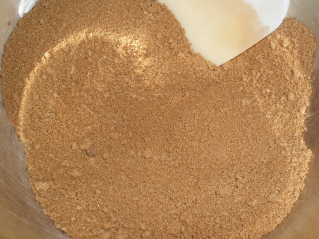 While the dough is rising, mix together the brown sugar and cinnamon. Set aside. 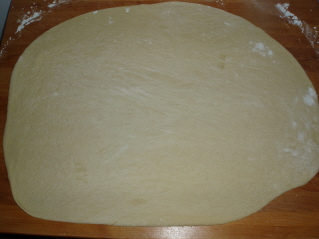 Roll the dough out into a rectangle measuring about 16 x 21 inches. 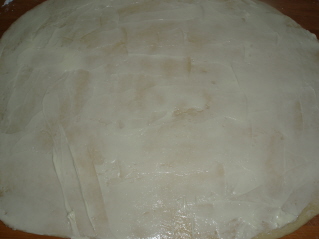 Spread with the 1/2 cup of softened butter. 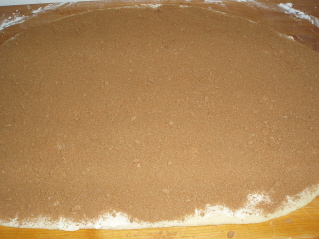 Sprinkle with the cinnamon sugar mixture. 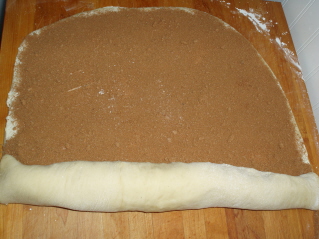 Beginning on the short end... 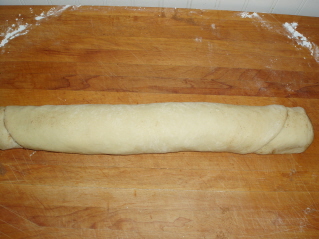 Roll the dough up into a log trying to keep it fairly tight. 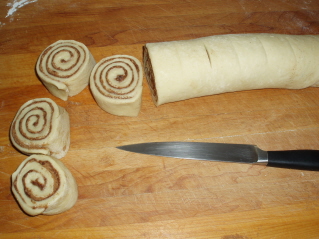 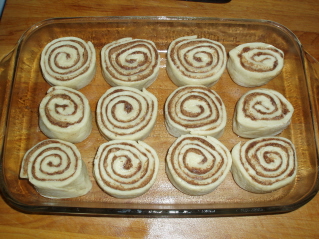 Place in a 9 x 12 glass baking dish that has been sprayed with non-stick spray. 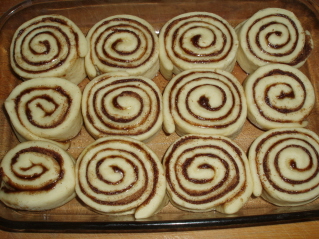 Cover and allow to rise in a warm place until the dough has doubled, about 45 minutes. 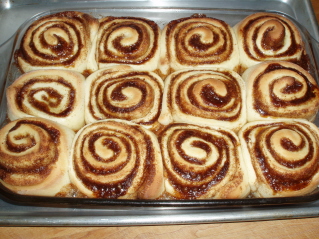 Bake for 15 to 20 minutes until golden brown. 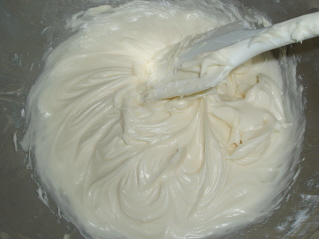 In a small bowl, mix together the softened cream cheese, softened butter and vanilla. Add the confectioner’s sugar. Mix well. Pour over the hot rolls when the come out of the oven.

You can make these the night before and then let the dough sit on the counter for an hour before baking. The unbaked rolls also freeze well.