I think you're gonna agree that this stuffed pork chops recipe is probably one of the most tender, flavorful pork chops you ever had come off the grill!

You don't have to grill these. You can brown them in a pan on the stove top in about 2 Tablespoons of oil for about 3 minutes per side and then bake them in a preheated 400° oven for about 10 minutes. 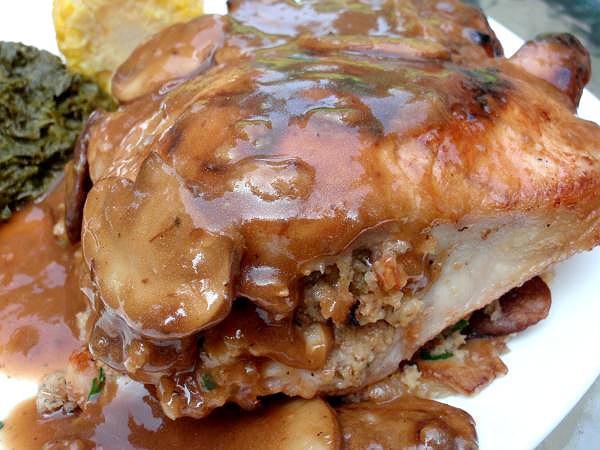 For the gravy:
4 ounces of mushrooms, sliced
1/4 cup of butter
1/4 cup of flour
2 cups of beef or chicken broth 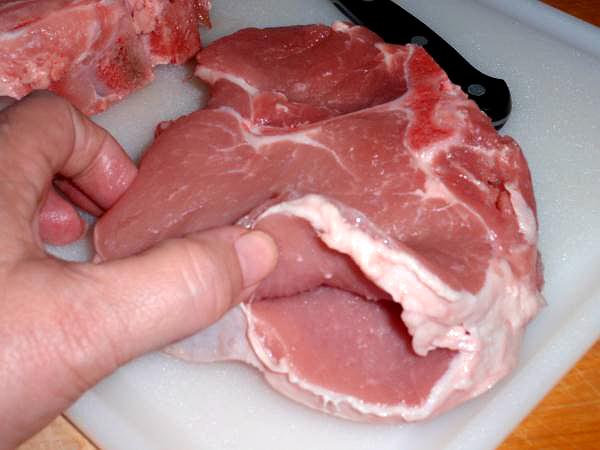 Cut a horizontal pocket in the side of each pork chop. Set aside. 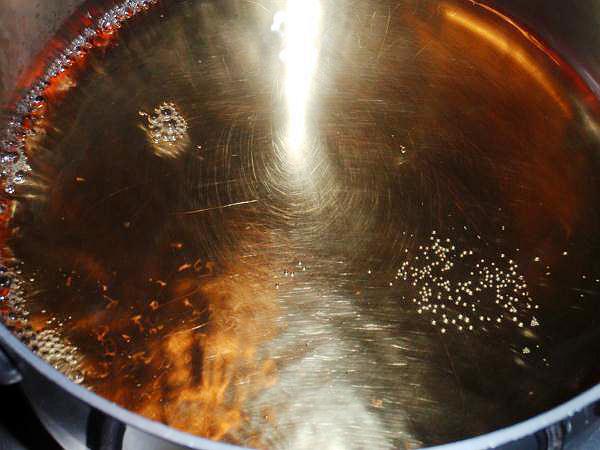 To make the brine, heat the vinegar. 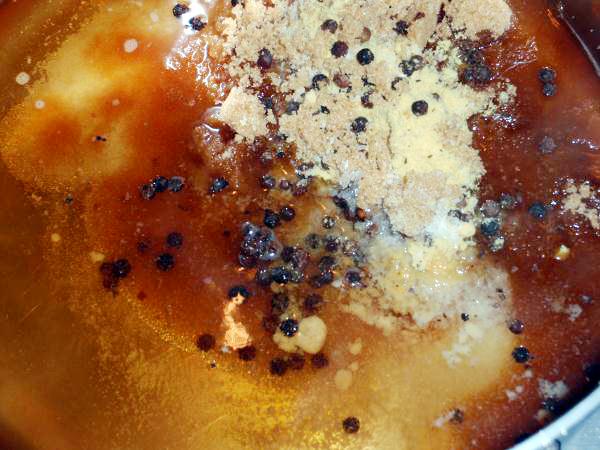 Add the kosher salt (yes, that's not a misprint, it's 1/2 cup of kosher salt), brown sugar, peppercorns and dry mustard. 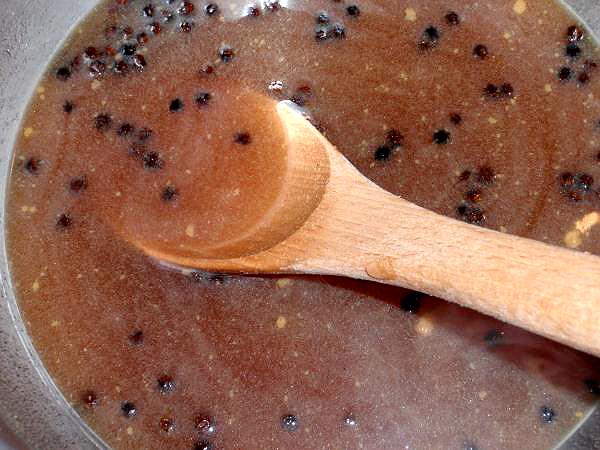 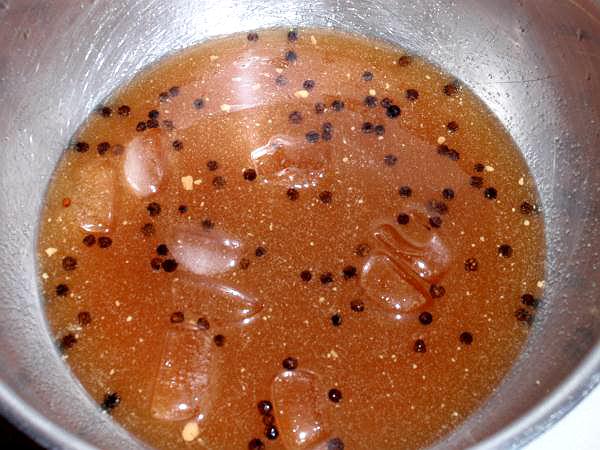 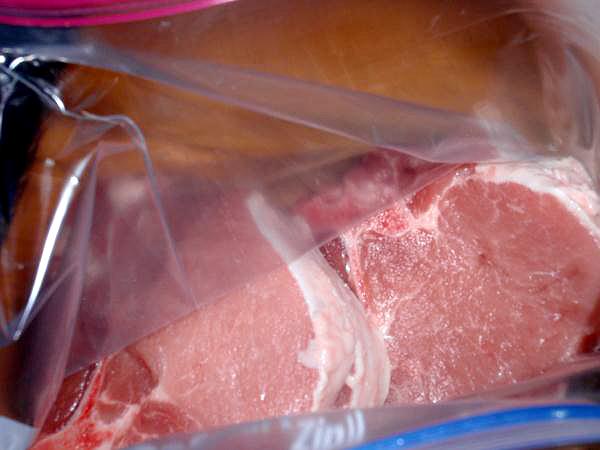 Place the pork chops into a plastic container or gallon size freezer bag. 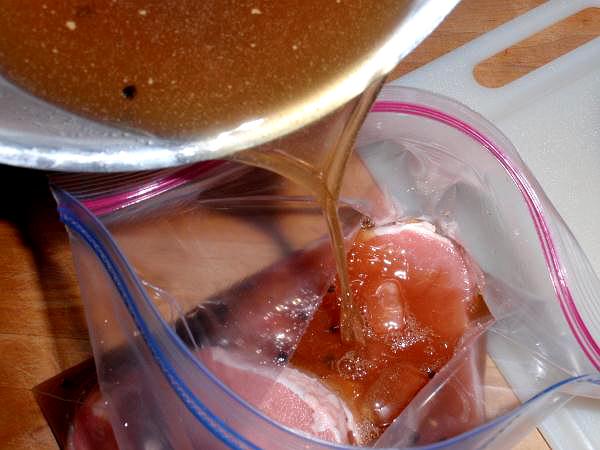 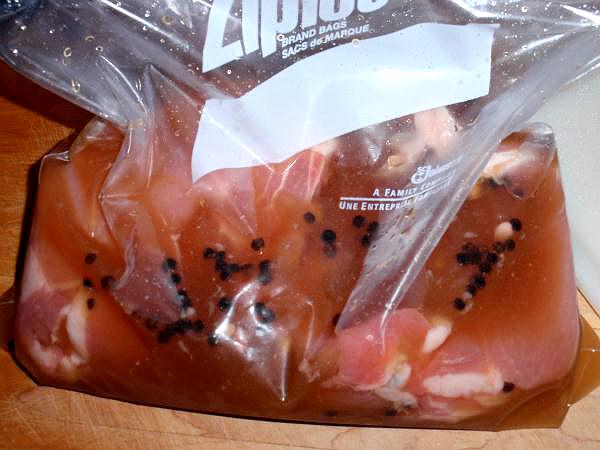 Seal and refrigerate about 2 hours. If you let it go longer, you may end up with salty tasting pork chops. 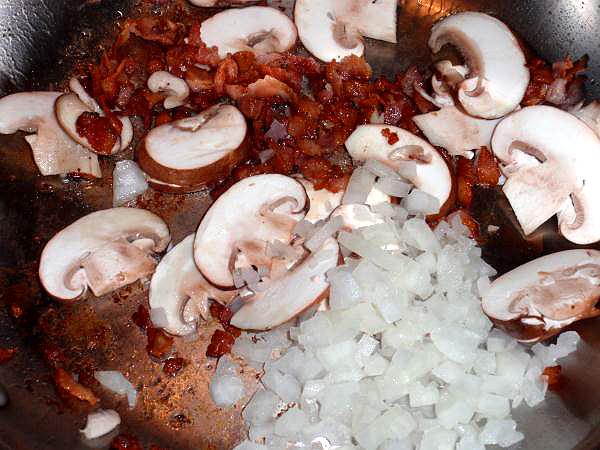 To make the stuffing, cook the bacon over medium high heat until crisp. Add the onions and mushroom. 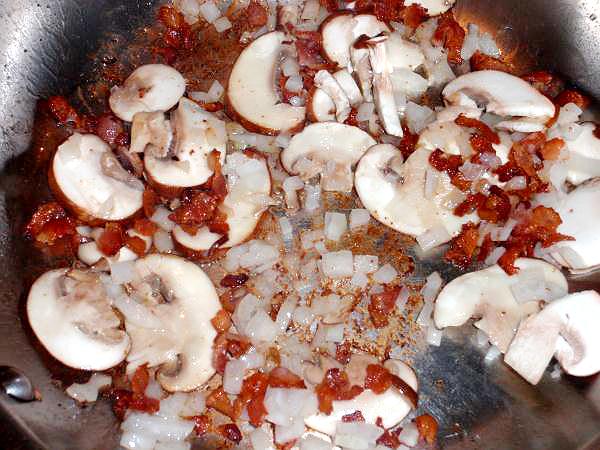 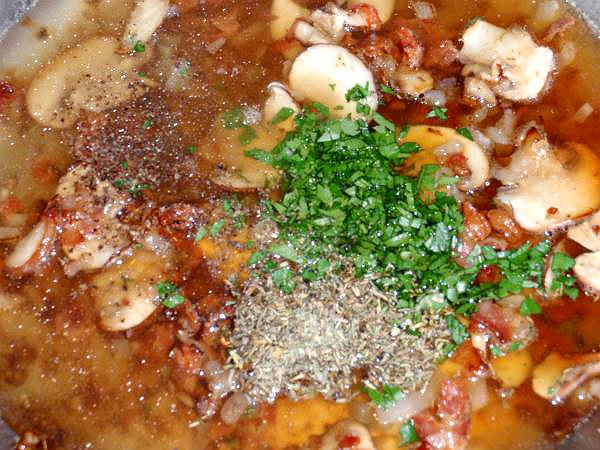 Remove from heat and add the broth, parsley, thyme, salt and pepper. 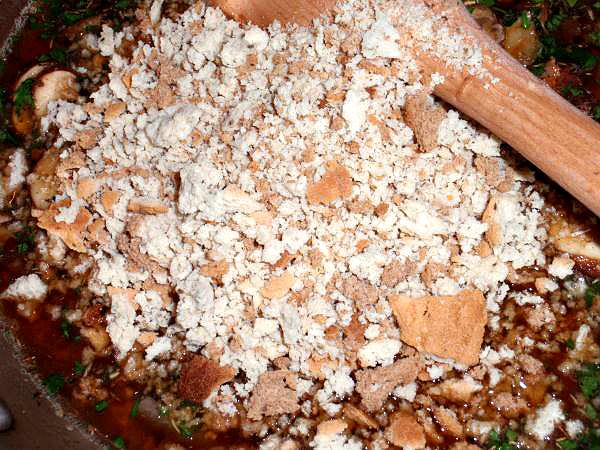 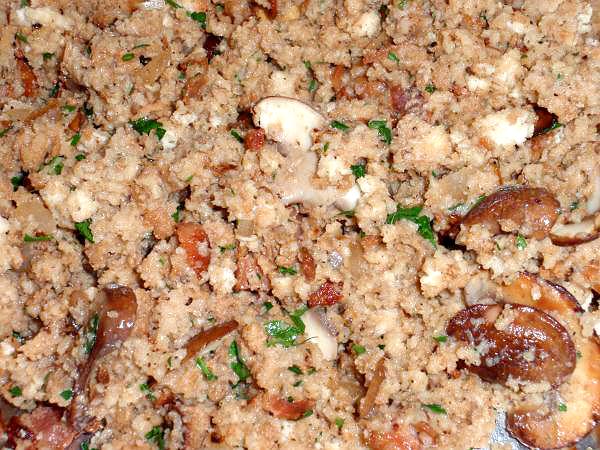 Stir in the stuffing mix. Set aside. 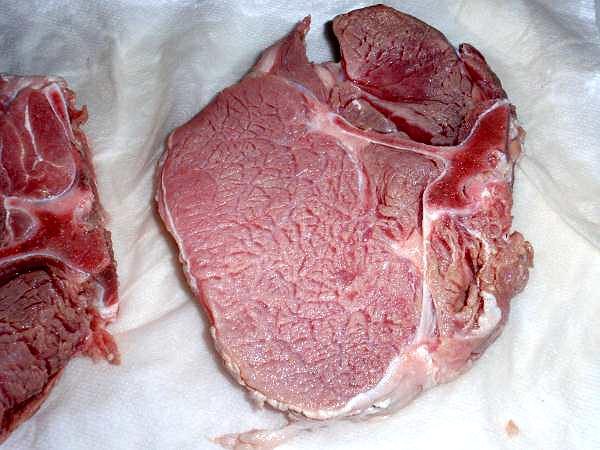 Remove the chops from the brine. Rinse thoroughly inside and out. Pat dry with paper towels. 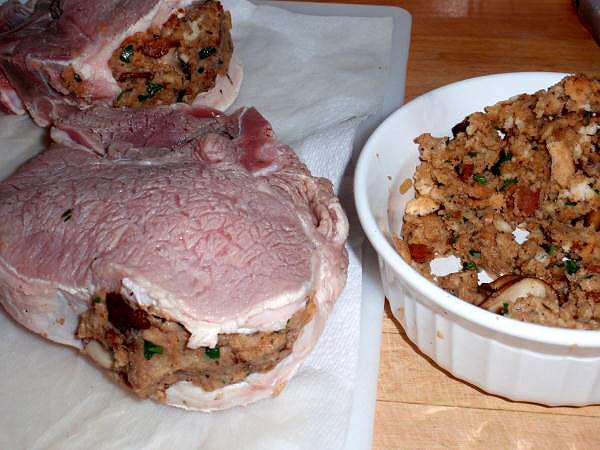 Stuff each pork chop with the stuffing mixture. If there is some leftover stuffing just wrap it in heavy duty foil, seal it and put it on the grill along with pork chops then serve it along with the finished pork chops. 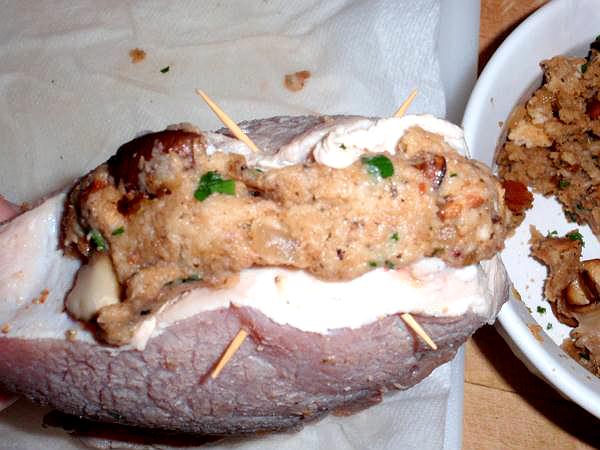 Use a couple of toothpicks to secure the pork chops so that the stuffing doesn't fall out. 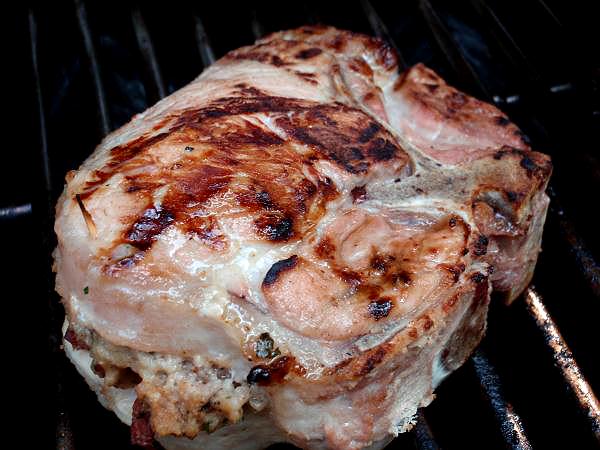 Brush the chops with oil. Grill over medium high heat for 3 minutes. Turn the chops ¼ turn and grill another 3 minutes. Flip and do the same on the other side so that the pork chops cook a total of 12 minutes(6 minutes on each side).

This is a wonderful stuffed pork chops recipe that I'm sure you're gonna love!