Looking for some great trifle recipes? Here's some I'm sure will be a hit at your next party or special occasion.

When making a trifle, the possibilities are endless. You can use any kind of cake you want from pound cake to angel food cake. The layers can be a pudding or a mousse. Don't be afraid to get creative with your trifle dessert. you can even make individual trifles in a goblet. Have fun with it! 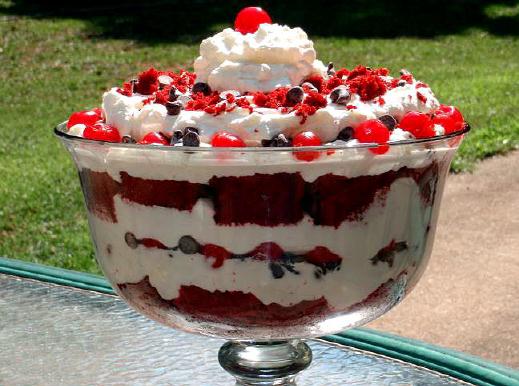 I made this red velvet trifle with a white chocolate cream cheese mousse for my daughters birthday. It was a real hit...so much so that my son-in-law requested that I make it for his birthday too! 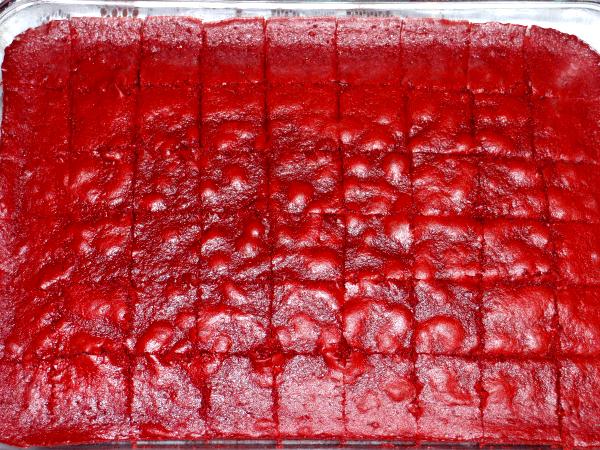 Bake a red velvet cake in a 9 x 13 inch glass baking dish. You can use either a box cake mix or my recipe. Cool completely and cut into small squares. 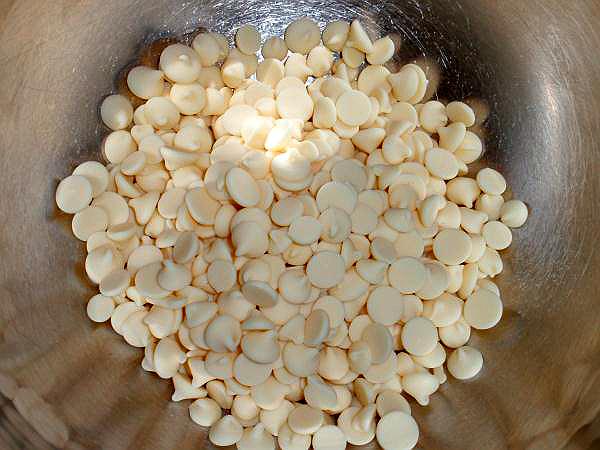 Place the white chocolate chips in the top of a double boiler. 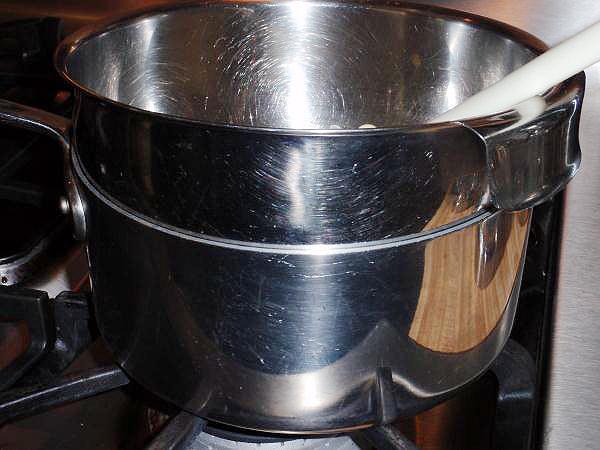 I don't own a double boiler so I make one. You can use either a glass or metal bowl and place it over a pan of water. The water only needs to be about an inch deep. Don't let the water touch the bottom of the bowl. 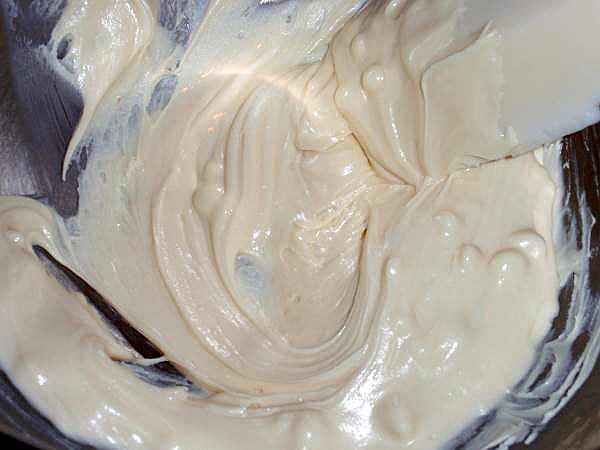 Bring the water to a boil. Stir the chocolate chips constantly until melted. Set aside to cool completely. 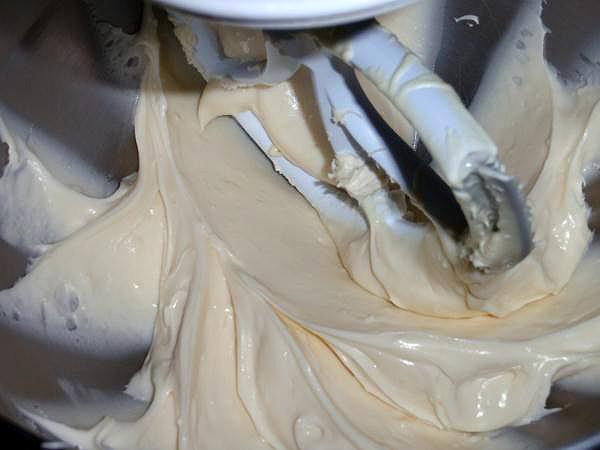 Beat the cream cheese until light and fluffy. Beat in the melted and cooled white chocolate. Set aside. 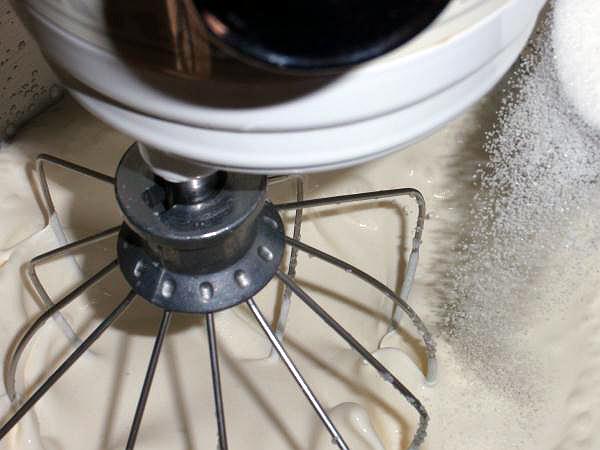 Place the whipping cream in a large bowl and whip with the wire whisk attachment of your beater. Gradually add the sugar while beating.

**If you don't have a large stand mixer, you can use a hand mixer just make half of the whipped cream at a time. 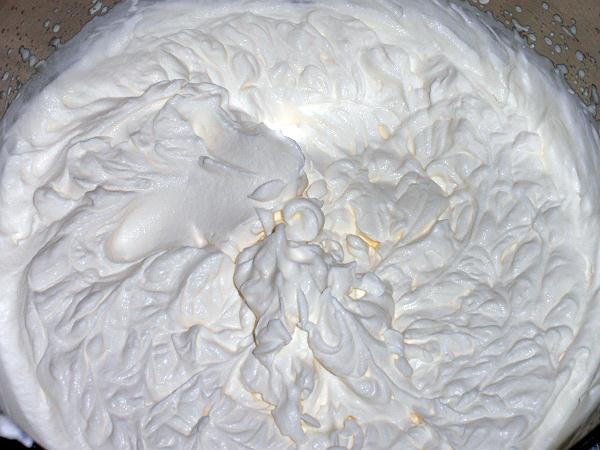 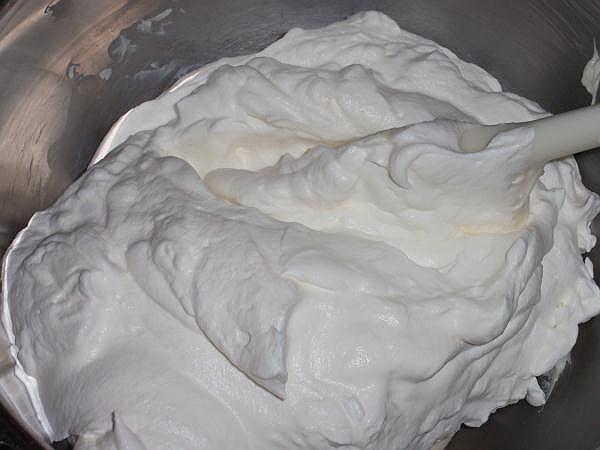 Fold HALF of the whipped cream into the chocolate cream cheese mixture. Set aside. 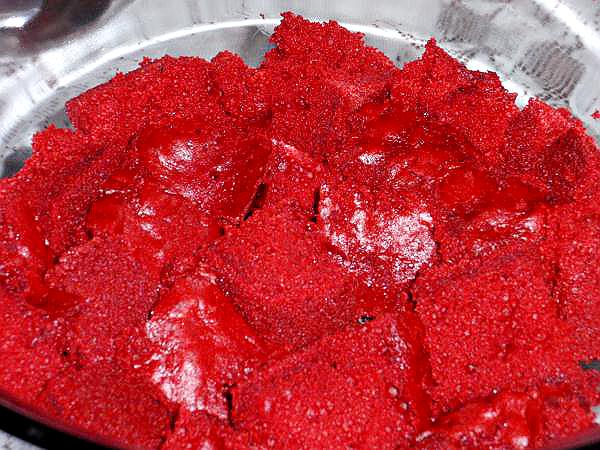 Remove 2 squares of red velvet cake and set aside for crumbling on top of the trifle.

Layer 1/2 of the remaining squares of cake into the bottom of a trifle dish. 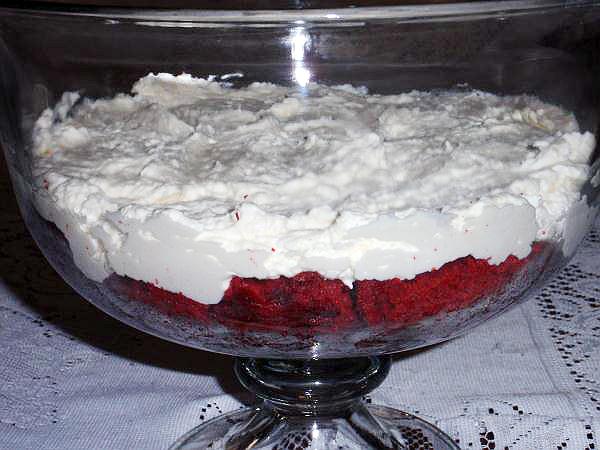 Layer half of the white chocolate cream cheese mousse on top of the cake. 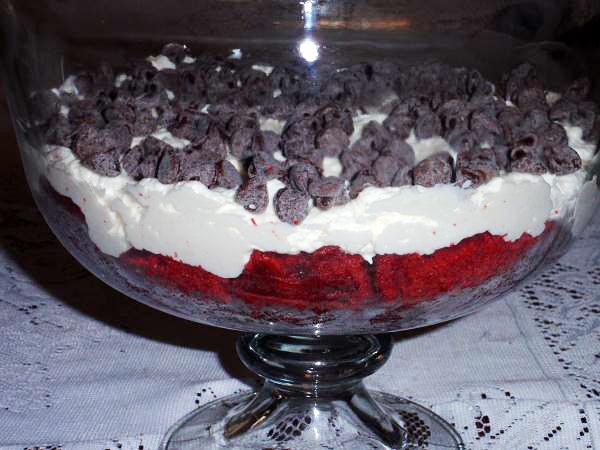 Sprinkle with half of the chocolate chips. 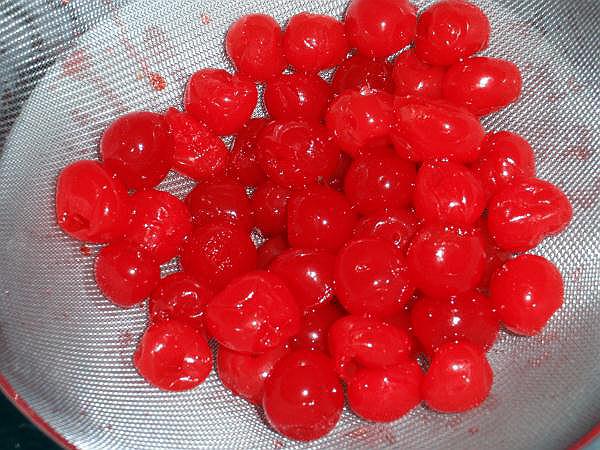 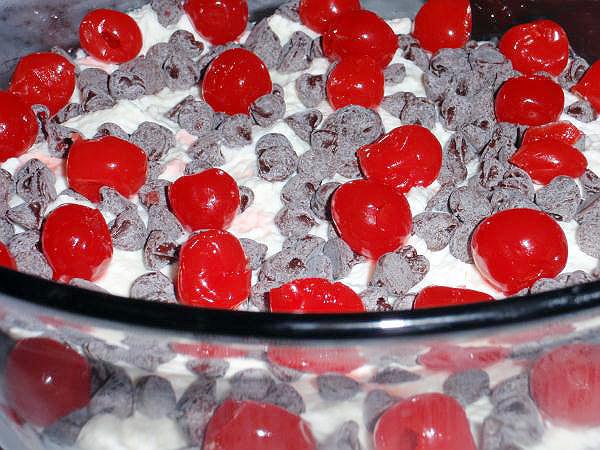 Arrange half of the cherries on top of the cream cheese mixture. Make sure that you get plenty of chocolate chips and cherries next to the glass so that it makes a nice looking layer when you are looking at the dish from the outside. 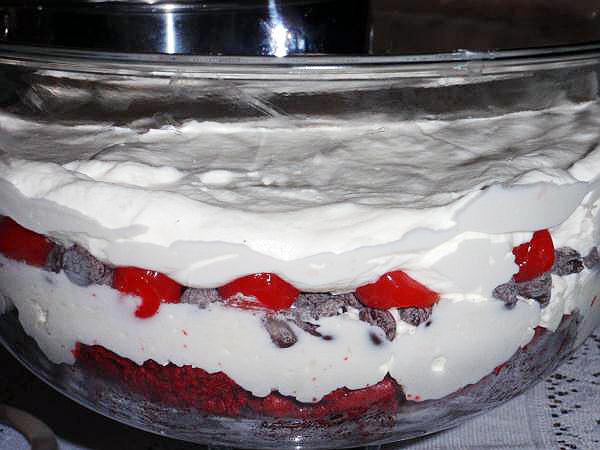 Layer half of the whipped cream on top of the chocolate chip and cherry layer. 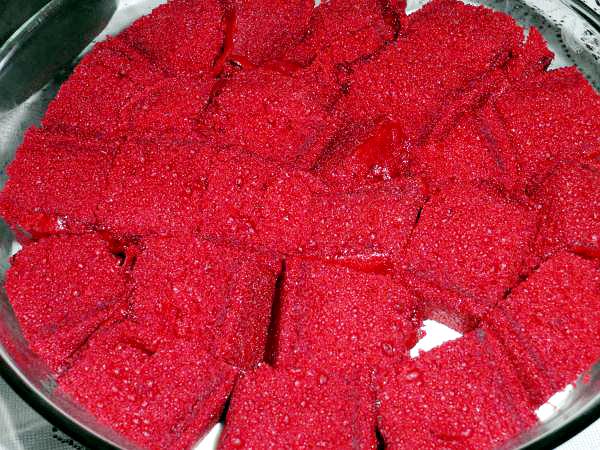 Layer the remainder of the cake squares next on top of the whipped cream but DO NOT PRESS DOWN ON THE CAKE LAYER or your layers will run together and you won't be able to see the different layers. 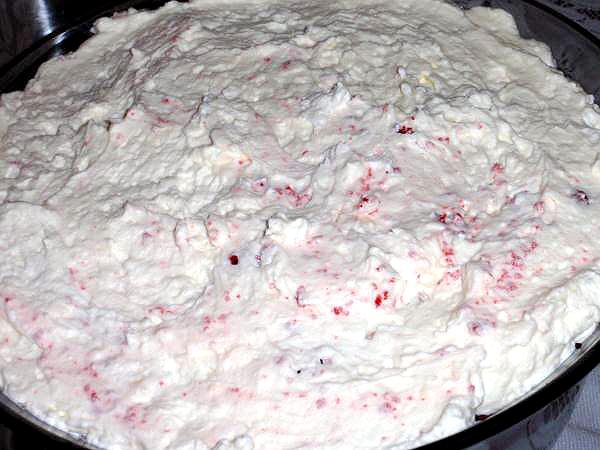 Top with the remaining half of the white chocolate mousse. 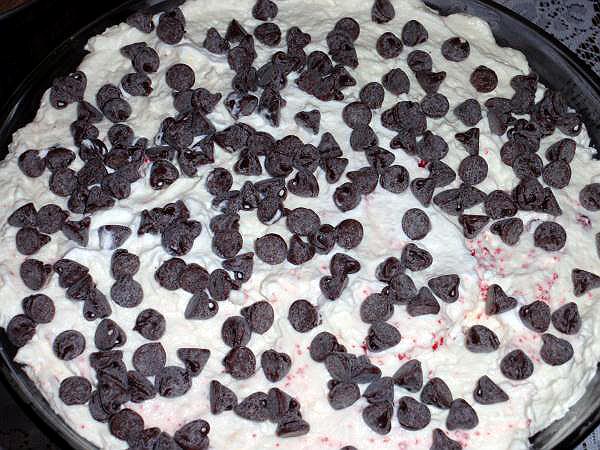 Sprinkle with the other half of the chocolate chips.